You are here: Home / Home Top List / LOOK OUT. UnHoused Man Harassed in His Van at Smith Field by Men in Trucks who Crashed Fence and Left Bumper w/License Plate CA 81406L1

PRESS RELEASE, VIDEO and NEXTDOOR. From the City of Half Moon Bay Parks and Recreation Commission on Wednesday, September 28th, 2022 at 6:00pm by Zoom.

The incident occurred after dark on Monday, September 26th, 2022, at Smith Field, after dark, after games were over. The next morning a man came to pick up the bumper evidence and put it in the back pf his truck. It was caught on video. Do you know him? Apparently, one man frequents the dog park with three dogs. Do you know the dogs? (Descriptions in the feed).

A recent reported harassment incident in the parking lot at Half Moon Bay’s Smith Field Park has City officials outraged, and calling for the community to redouble their efforts to be inclusive and understanding of those who are less fortunate.

According to the San Mateo County Sheriff’s Office, last Monday evening at about 10:35 pm after an evening softball game, the suspect’s truck backed up to the victim’s van in the dirt parking lot at Smith Field Park. The suspect then intentionally accelerated his vehicle while remaining stopped next to the victim’s van, causing gravel to be thrown onto the victim’s van, breaking one of its windows and damaging the exterior. As the victim called 911, the suspects departed. The Sheriff’s Office responded to the scene and is investigating the incident to determine who may have committed this crime. The victim in the van is known to be an un-housed person.

“This kind of callous violence has no place in Half Moon Bay,” said Mayor Debbie Ruddock. “Our community stands for compassion, humanity, and fairness for all people. I know that those in Half Moon Bay and the Coastside join me in denouncing attempts to intimidate, threaten, or otherwise marginalize any members of our community. I also want to assure the community that the Sheriff’s Office is presently investigating this attack, and with a goal that the perpetrators will be brought to justice.”

Mayor Ruddock also reiterated that Half Moon Bay is committed to being a diverse, accepting, and welcoming community which is supportive of all people, regardless of housing status, nationality, religion, or culture. The City maintains a policy of zero tolerance for hatred, bullying, violence, and prejudice, and  the Mayor, Councilmembers, and City staff are dedicated to treating everyone with respect – and urge all community members to do the same.

“Supporting and assisting those who are less fortunate is the right thing to do to help Half Moon Bay be a better, stronger, and more successful community,” added Mayor Ruddock.

Anyone who has information regarding this incident is asked to call the San Mateo County Sheriff’s Office Anonymous Tip Line at 1-800-547-2700 or Detective Richard Deschler at 650-363-4881 or RDeschler@smcgov.org.

“The San Mateo County Sheriff’s Office stands strong alongside the City of Half Moon Bay in a shared commitment to the fair and equal treatment of all victims and the pursuit of anyone who preys on them,” said Half Moon Bay Police Bureau Chief, Captain Rebecca Albin.

The City has a long tradition of acceptance and respect for all people in Half Moon Bay, so that they feel accepted and safe. This kind of incident, which is uncommon in Half Moon Bay, points to the need for  community members to redouble their individual efforts to communicate and practice zero tolerance of prejudice, racism, bigotry, hatred, bullying, and violence, and to speak and act with respect for all persons.

Anyone who has information regarding this incident is asked to call the San Mateo County Sheriff’s Office Anonymous Tip Line at 1-800-547-2700 or Detective Richard Deschler at 650-363-4881 or RDeschler@smcgov.org.

Read the feed for clues. Someone here knows the people who did this.

Tyler’s Description of the Event

my name’s Tyler I live in my van, Does anyone know who was playing baseball last night, monday, in the first ball field at wave crest? I was harassed by about 6 people partying after their game, they made some weird comments as I entered driver side of my van. then one entered white truck on the left of me, pulled out and faced the back of his truck towards my vans driver side and started peeling out. kicking up rocks and gravel at my van for about 10 seconds breaking my window, I went to open the door to try and read his license plate through all the dust and his friends partying around the truck behind me cheered him on to do it more so I stayed inside not wanting a rock to the face. he did for another 10 15 seconds then drove off, I then dialed 911 and got out to read the plates off his friends trucks surrounding my vehicle they got in their trucks knowing I was on the phone with 911 and started peeling out around me. one of them drove through the fence at the exit and his bumper got knocked off. Before this They were partying right behind my van and I was feeling spirit sick like something was up. I was just waiting for them to leave before it all happened I felt boxed in. I have no idea why they would do this to me, any one that knows me knows that I’m about love, not conflict and hate, I clean up mine and others, who are not mentally stable enough to trash. I don’t know why . only thing I can think of is like a hate group against the homeless, I’ve ran into similar groups that drive trucks that beat up,kill, harass, homeless in other areas of California and USA as well. I love Yeshua and his teachings and just would like the window on my home replaced if anyone wants to relay the message to whoever did this. Praying for all involved, I’m not your enemy. I’d be happy to pray in person with you as well, there is something much bigger than the world we’re in, and miracles are very real. We all mess up, I said something’s after this happened I shouldn’t have as well. Forgiveness is a wonderful blessing and I am so greatful for it. YHWH loves you. I now have enough to replace it thank you all so much for the love.

Watch the video on Nextdoor of a male in a pickup truck picking up the bumper and putting the evidence in his truck.

Who picked up the bumper the next morning?

Comprised of five individuals representing the community, appointed by the City Council.

The Commission advises the Council on various policy issues and other matters related to the City’s parks and recreation programs and facilities.

Commission meeting agendas are available here, and you may reach the Commissioners by emailing the City Clerk at jblair@hmbcity.com.

Members of the Recreation Commission

The City is grateful to the nonprofit Friends of Half Moon Bay Parks & Recreation for their support!

This group assists in fundraising and other activities to help ensure that the people of Half Moon Bay and the coastside have access to parks and recreational opportunities.

Learning,  fun,  fitness, and community are at the center of Half Moon Bay Recreation!

Recreation Classes are on hold until further notice. 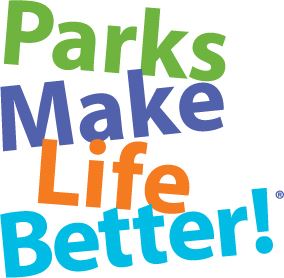