You are here: Home / Home Top List / R. I. Knapp Moves to HMB 1871 and Invents Sideplow, Water System for Fire Hydrants and the “Coastside Advocate” Newspaper
ARTICLE. Half Moon Bay History Association’s ~ Coastside Chronicles, by Dave Cresson.
In last summer’s History Association publication, an article reported on Coastsiders who came up with amazing inventions. That article started with Robert I. Knapp, the innovator who brought national attention to Half Moon Bay during his time. 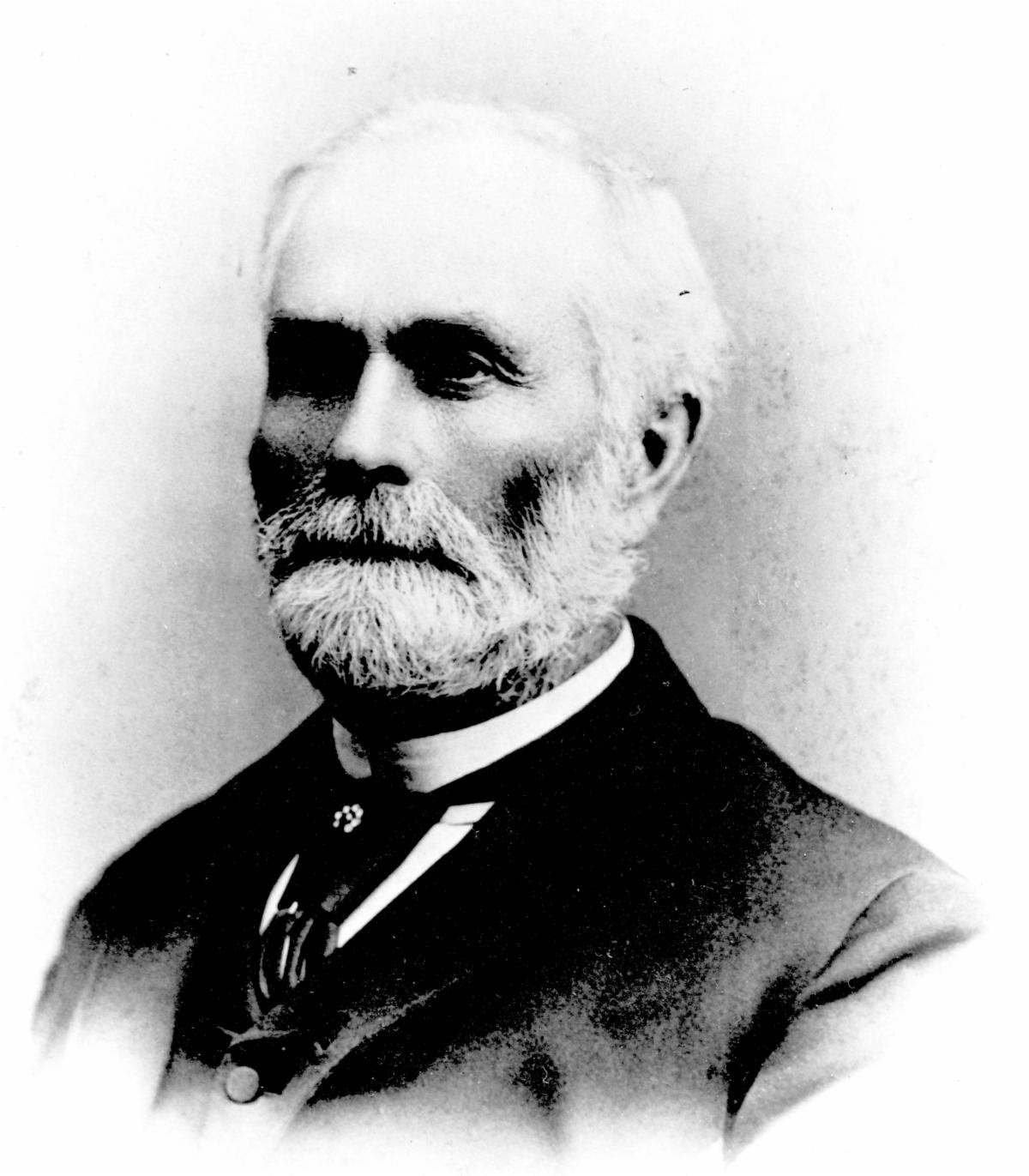 In an economy that was still primarily agricultural, Knapp thought of a dramatically improved way to make a horse-drawn plow work more efficiently on hillsides. His invention became nationally recognized as a major improvement. That saved farmers precious hours during their workdays. It made Knapp wealthy. (See Coastside Chronicles, May/June 2021.)
Knapp was more than an ingenious plow maker. He had a mind to see opportunities and the courage to try to seize them. He also loved his neighbors, and so he served them tirelessly with community leadership and service. He had his helping hands on much of the growing town’s development as it entered the twentieth century.
R. I. Knapp came from a family line that dared to make big life changes. Over two hundred years before he came to California, his ancestors left England and came to the new world, arriving in Massachusetts in 1630. Their risks in becoming colonists in a foreign land were like R.I. Knapp’s choice to start a new life on California’s faraway frontier after the Gold Rush.
He was a skilled blacksmith, already married and with seven children when he left New York. (He and his wife had three more children in California.) They came to California by ship, crossing to the Pacific through Panama in 1863—overland, before the Panama Canal was built. He went first to Sonoma County. In 1871 his family moved to Spanishtown, as Half Moon Bay was called then by English-speakers, as he heard that it was a fast-growing town. There he partnered with an established blacksmith in town, W.P. Quinlan.
Knapp quickly embraced the town. He and his wife joined the Methodist Church, and the local prohibitionist group called the Good Templars. For the rest of his life, relationships with his Coastside neighbors were highly important to him.
His reputation grew as he added new skills. He became a wheelwright, repairing wagon wheels, then added general wagon repairs to his services. With family, church, and his business, he still found the time to invent that sidehill plow. Somehow, he did that and figured out how to get it patented by the U.S. Patent Office. His first patent was issued in 1875.
He was a still youthful 42 years old when his career changed from smithy into a marketing and management executive. As new plow orders were flooding in, Knapp stepped up his involvement in the community.
In 1878 Knapp became the Superintendent of the Half Moon Bay schools. Then he ran for election and won the job as the town’s Justice of the Peace. At the same time, he could not resist looking for new opportunities, and seizing them. He joined some neighbors and friends as they made a gold claim—right nearby, on the coastline at Miramar.
Then, his manufacturing shop caught fire and burned to the ground, triggering more changes for Knapp—and the town. The townspeople couldn’t put the blaze out with their bucket brigade and wet blankets.
Knapp bought a different building, with extra open property between Main and Purissima Streets. That gave him the space he needed to increase the production of his plows.
More important to Half Moon Bay was that he and another prominent local businessman, Joseph Debenedetti, organized a collection among the townspeople to buy firefighting supplies to be more successful in fighting future fires. They soon bought and stored two hundred feet of hose, buckets, fire axes and a cart to carry them. Thus began the process of organizing an effective force of volunteer firefighters, prepared for the next time cries of “FIRE!” went out.
Knapp expanded his social network as he became a member and officer of the Masons. As a service to both the Methodist Church and to his prohibitionist Good Templars group, he started printing a newsletter in his office that was called the “Weekly Messenger.” A year or so later, he purchased an established local newspaper called the “Coast Advocate.” He also, along with other local influential men, joined a group that history condemns—Half Moon Bay’s Anti-Chinese Association. It was his larger projects that moved the town forward with the times. In 1890, Knapp started the town’s waterworks. He collected, purified, and piped water for miles out of Digges Canyon and laid the piping to serve downtown Half Moon Bay. Always concerned about fire, he added fire hydrants along the streets.
His good works were both large and small. His granddaughter pictured him simply: “Grandfather was considerate of others.” She went on to describe the community watering trough he built on Main Street for teams of horses, with a separate fresh-water spigot and a cup for thirsty people.
Later, Knapp, together with his adult children, brought electricity to town. The astonishing Knapps decided to build a refinery to process oil from small wells in nearby Purísima Canyon. It served locals with natural gas service for a while, but the business failed a few years after R.I. Knapp’s death after an explosion and fire.
In 1904, R. I. Knapp passed away in his family home on Johnston Street. After his death, the family moved the plow business to San Jose. The age of farm tractors and the automobile, as well as competition from the likes of the John Deere Company, resulted in the Knapp business folding in the early 1920s.
The world has likely forgotten Knapp’s inventions. But Knapp’s spirit of blending work with respect for family and neighbors remains part of today’s Coastside.

From Coastside Chronicles by Marc Strohlein.

Necessity Breeds Inventors and Innovators on the San Mateo Coast

The San Mateo coast is known for its bucolic scenery and beauty—not generally for its inventors. Yet Half Moon Bay and the surrounding communities boast some interesting and colorful inventors and innovators. Given the importance of farming to the area, it’s not surprising that many of the inventions are rooted in agrarian applications. A common theme throughout the innovations is that “necessity is the mother of invention,” as all of the innovations described in this article are responses to significant “real world” problems and needs.

The most visible and colorful inventor was Robert I Knapp, a farmer, blacksmith, newspaper publisher, politician, and most notably inventor of the side hill plow. Knapp watched farmers struggling to plow their land on the coastal hills using Kilgore plows which were heavy, clumsy and difficult to reverse the blade after each row was plowed. The plows were also not durable and after having repaired many, Knapp decided to make his own plow in 1873.

It was so successful that Knapp had three patents on it by 1875, as it was lighter, sturdier, and far easier to reverse the blade after each row without having to let go of the plow. The plow won 14 awards at state and county fairs, and another award at the New Orleans World’s Exposition.