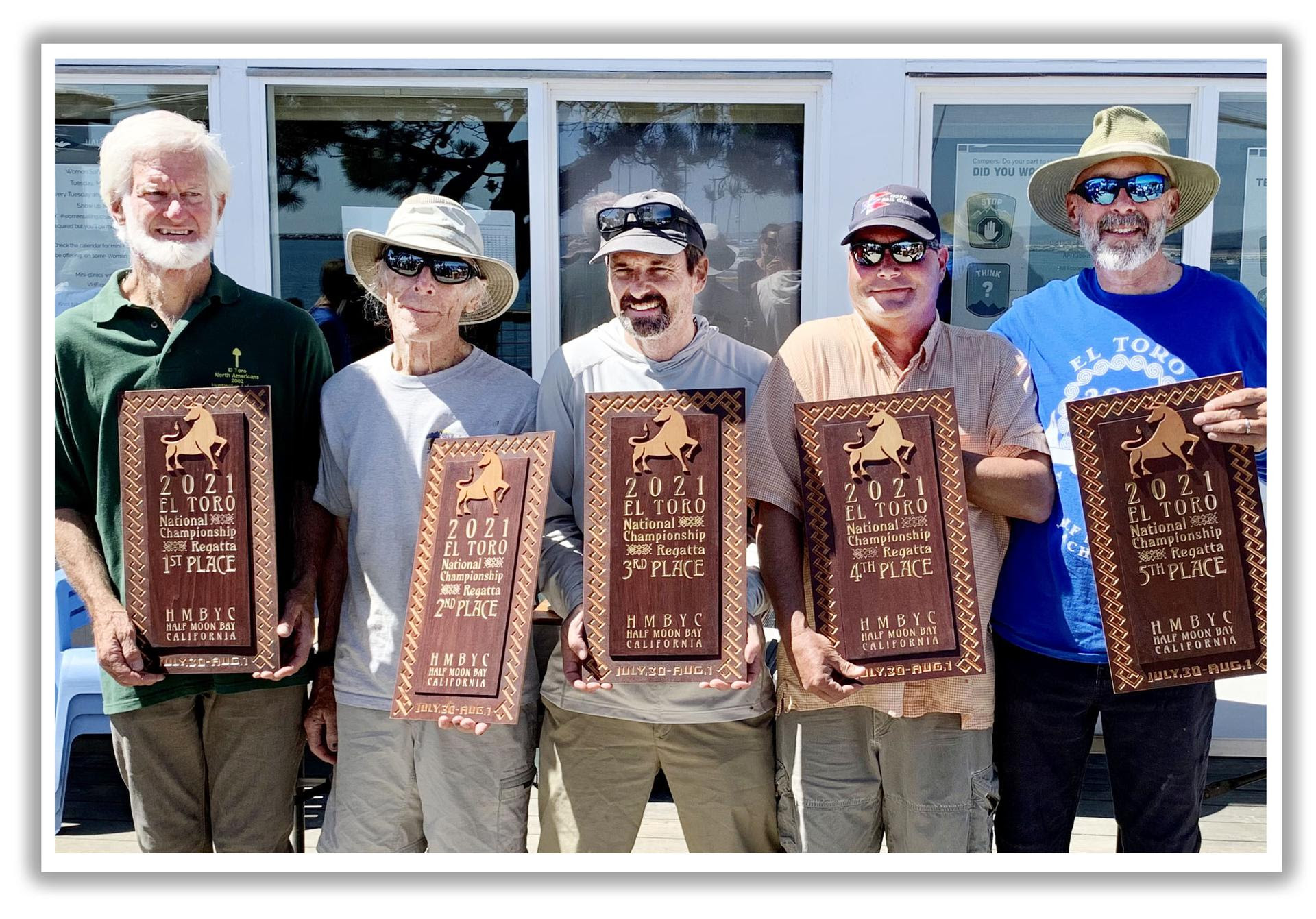 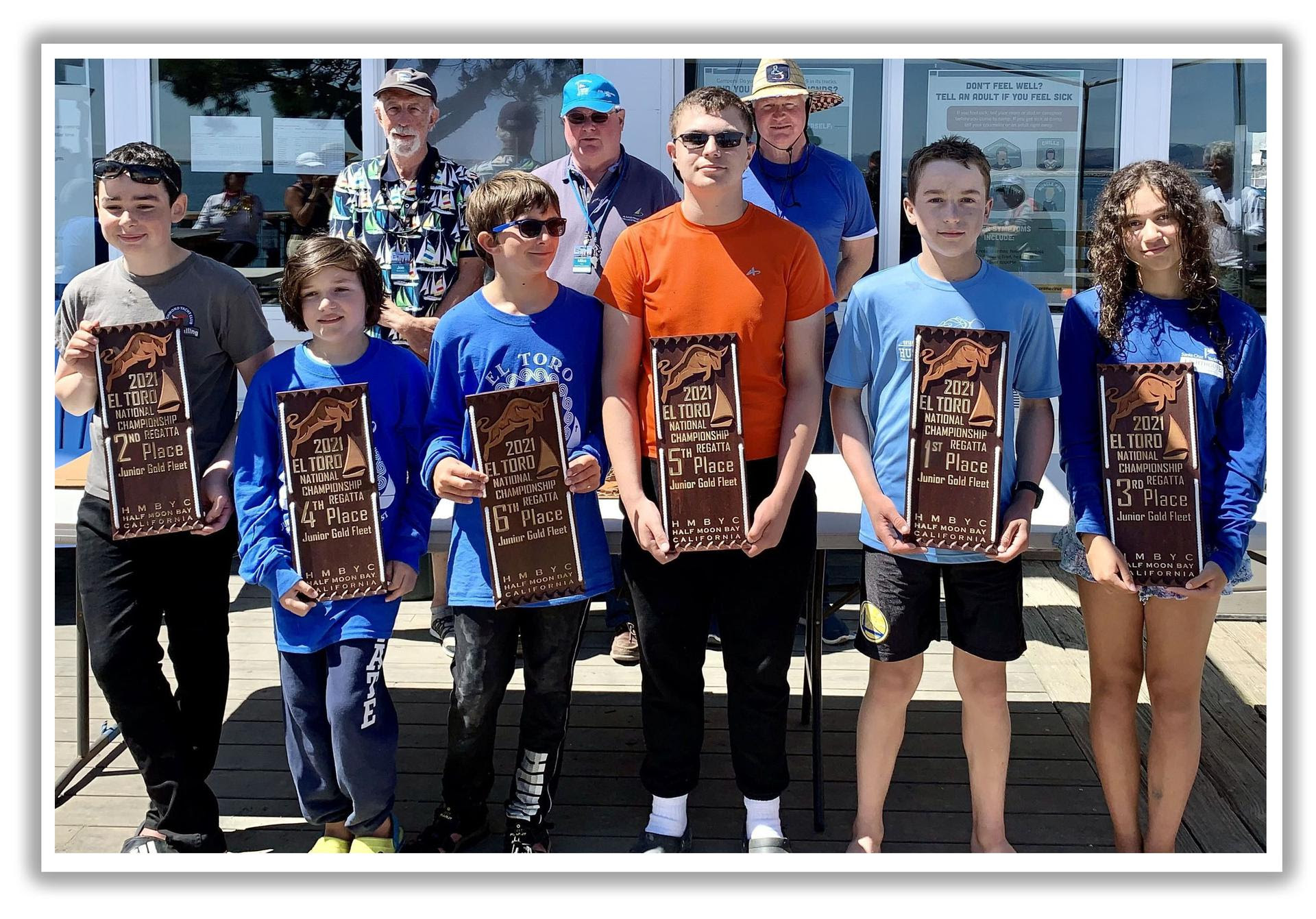 Four days of sailing in Pillar Point Harbor left no doubt that the El Toros wanted more races here.  The El Toro is a beloved classic 8’ San Francisco dinghy design from the 1930s  “This harbor is perfect for El Toros” stated Senior division winner Gordie Nash.  Nash added “This club (HMBYC) is a hidden gem and huge overnight success, after 40 years of work.”

The 20 competitors in two divisions were treated to one day of practice and three days of racing in light to moderate winds on the bucolic west end water of the Pillar Point Harbor.   The racing was so tight that the top 2 places in both divisions were tied at the beginning of Sunday.   The sun came out and warmed up the sailors for the final showdown.  Nash sailing Sorcerers Apprentice, pulled ahead of Art Lange in Cygnus to decide 1st and 2nd places in the senior division.

In the Junior division the lounging resident seals barked and stalked Yasmine Kennedy-Crum in Bubbles who won 2 of the last 3 races which raised her score up to finish 3rd overall.  Meanwhile Garrett Koontz and Evan Sullivan fought it out behind her for the overall points leader.  Koontz triumphed over Sullivan to secure the top honor.

The results of the Regatta are posted on our Racing web page (on our website go to the  Sailing > Racing page and scroll down to Past Regattas, open the 2021 accordion and there are links to the results). See some photos from the Regatta at the El Toro International Yacht Racing Association website.

There will soon be photos in our Photo Gallery.