PRESS RELEASE. Thursday, May 19th, 2022, the City celebrated and held the Carter Park Groundbreaking Ceremony. Over 100 attendees enjoyed beautiful weather and smooth sounds of the Half Moon Bay High School Jazz Band. Mayor Debbie Ruddock and Assemblymember Marc Berman shared thoughtful words about the project, and we were joined by the daughter and granddaughters of the park’s namesake, John L. Carter.

The day was met with sunshine and delicious food provided by Half Moon Bay Coffee Co. The City looks forward to next steps in the project, which include construction starting within the next month.

For more information about the project, you can visit the Carter Park project web page. Thank you to the community members who attended this momentous celebration! 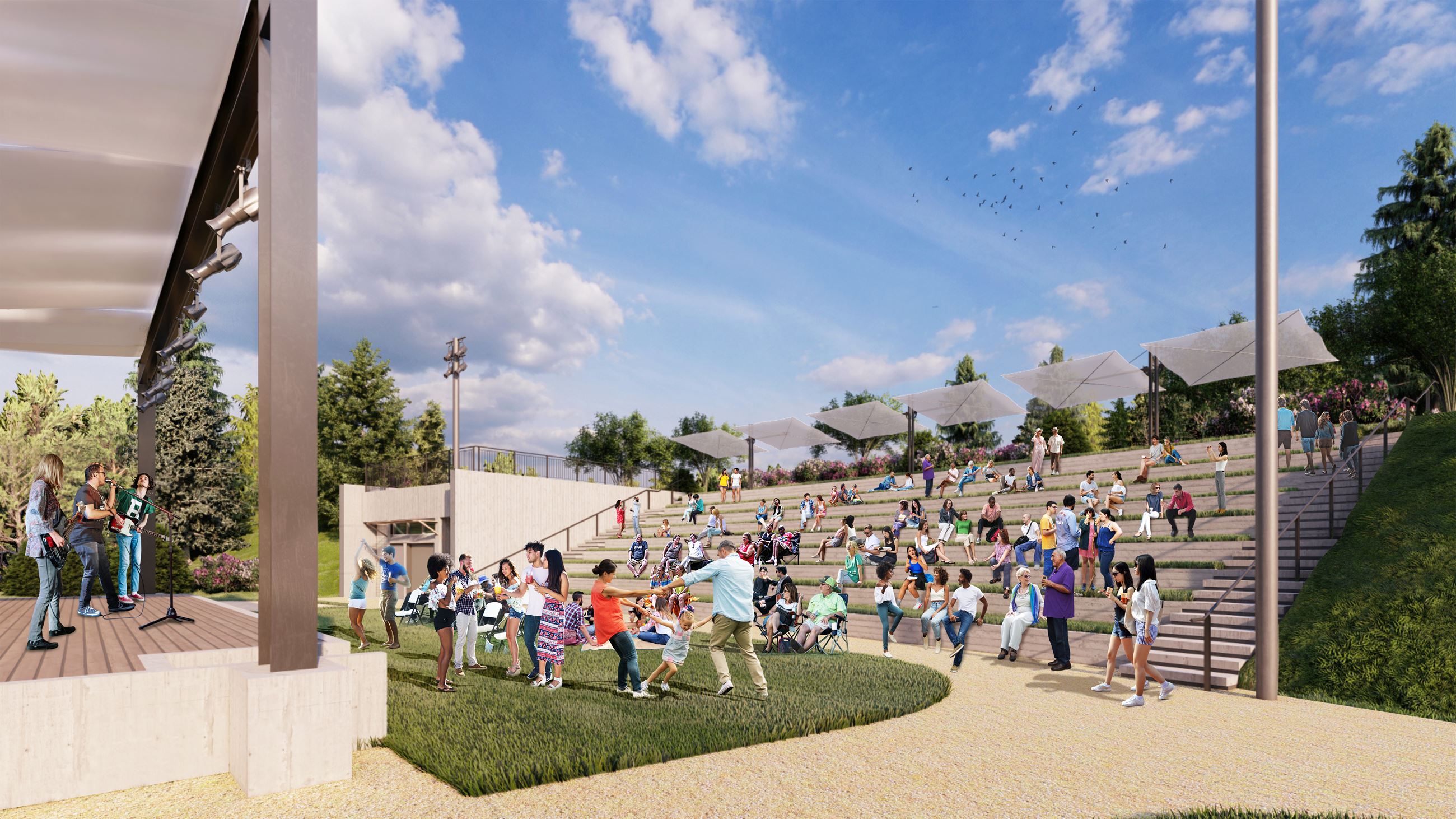 Project Description: The Parks Master Plan identified John L. Carter Memorial Park as an opportunity to create a more actively utilized space by adding improvements to facilitate greater opportunities for performances and day camps. The purpose of this project is to develop a long‐term plan for the site and identify projects that may be completed in the near-term to improve the site.

Project Status: Outreach Phase – thank you to all who filled out the Carter Park survey through June 24, 2019!

Funding Source: General Fund (With support from the State and private fundraising)

Great news! The City Council recently awarded a construction contract for the Carter Park Renovation Project. The selected contractor, Wickman Development and Construction, will be working with the City Public Works Department to renovate and reconstruct Carter Park into a wonderful, updated destination for the entire community.

Thanks to the involved members of the community, the City Council, Planning Commission, and Parks and Recreation Commission, and City staff for bringing the project to this milestone. And, a special thanks to Assemblymember Marc Berman and his staff for assisting the City with obtaining $4.75 million in state funding.

Mobilization and demolition is scheduled to begin in May of 2022 with construction anticipated to continue through December. Please note that the schedule will be highly contingent on weather, especially given the proximity of Pilarcitos Creek, and potential supply chain issues for construction related materials. Total cost of construction is anticipated to be $4,971,000. Donation opportunities are still available for three specific project elements that are not currently included in the project: 1) children’s play equipment, 2) stage lighting and audio/visual equipment, and 3) park entrance sign.

What to expect during the project:

Please use extra caution as you walk, bike, or drive in the vicinity of Carter Park and Stone Pine Road.

Questions regarding this project should be directed to:

City Council of Half Moon Bay Meets ~ 1st and 3rd Tuesdays at 7:00pm

Watch streaming, or the Pacifica Coast TV video, that we will post. Stay tuned!
The meeting will be held at the Adcock Community Center for any members of the public who wish to speak in person, though we do encourage all members to participate remotely.
The meeting will be:

The City Council of Half Moon Bay

The City Council of Half Moon Bay is the City’s governing body, and consists of five elected members. The Council sets priorities and policies, makes final decisions on all major City matters, adopts ordinances and resolutions, appoints the City Manager and City Attorney, and approves the annual budget.

City Council members are elected at-large to four-year, overlapping terms. There are no term limits in Half Moon Bay. The City Council selects one of its members to serve as Mayor and one to serve as Vice Mayor, on an annual basis.

The Half Moon Bay City Council typically meets on the first and third Tuesday of each month starting at 7 pm at the Ted Adcock Community Center, 535 Kelly Avenue.

The City Council develops Strategic Elements to help focus the City’s actions and work plans on its key priorities. The Strategic Elements are aimed at providing high quality public services and facilities in a fiscally sustainable, responsive, and friendly manner, which fosters a safe, healthy, and thriving community.