“One-Water” ~ Sewer and water on the Coastside in the next 40 years.

Can SAM become a water company?

Smaller is Better: The Solution to California’s Ancient Water Pipes

Our aging infrastructure is a ticking time-bomb underground. We can begin to help repair it and stave off future trouble by reaping the benefits of smaller, decentralized microgrid systems.

A system at the San Francisco Public Utilities Commission helps recycle water for on-site reuse for irrigation and other needs.Tara Lohan

AS A PRACTICING architect and LEED AP (Leadership in Energy and Environmental Design, Accredited Professional) for more than 40 years, I have scoured the planet for technological solutions to improve sustainability with water, energy and waste treatment. During the course of my projects, I often see the underbelly of the beast where aging underground systems have the potential to erupt at any time, particularly in earthquake-prone areas such as California’s San Francisco Bay and Los Angeles.

Our greatest current and growing problem is restoring and improving infrastructure systems to last another 50 years. We cannot fix all the massive underground problems, but we can instead replace them with smaller, local surface-mounted solutions that will lead us to more flexible, manageable, decentralized and sustainable systems.

It is the equivalent of, in communication technology, switching from giant mainframes to using cellphones. The technology is all available, automated and user-friendly. Microgrid technologies started with NASA space missions where astronauts recycled all their waste into water and created their own power on board. It is now time to apply our inventions and sustainability principles through our communities to a larger spaceship – our planet.

The infrastructure started in primitive little towns across the world, then septic systems were replaced by larger central plants and distribution systems as cities grew. Waste treatment plants were moved away from town centers to where the smell could be dissipated and tolerated. As cities grew, all the infrastructure expanded into a massive network to manage everyone’s needs.

Today, as much of this infrastructure is dated, landlocked or falling apart, we should consider reverse-engineering the concept of distribution so that small communities, large buildings and individual homes can provide their own water, renewable energy/power (and storage) as well as waste-water treatment.

It is difficult to fix hundreds and thousands of miles of underground piping that we cannot see. Most municipalities do not even acknowledge its existence, especially in times of economic difficulties. Deferred maintenance has been a problem in cities worldwide.

Centralized systems were great, big, expensive and “permanent” solutions for growing communities during their earlier development.

Now, as these overgrown, dense cities are overwhelmed with growing populations, we need smaller-scale microgrids, which can remove the mystery of processing stormwater and sewage water into usable/potable water with self-contained prefabricated modular systems and automated quick-response services. Decentralized waste-water processing and recycling microgrids will actually create many more jobs than our current central systems. They will also reduce the potential impact of cyber attacks and massive system outages.

For example, for about $3,000, a traditional home can be outfitted to recycle 80 percent of its waste-water and use it locally, reducing the need for potable water by that same amount. Office complexes can treat and recycle their own waste to 80 percent recycling onsite for irrigation, toilets and cooling systems. City blocks can also recycle their waste-water locally and reprocess it mechanically to re-use onsite, significantly reducing costs for upgrading their failing underground piping.

These smaller-scale solutions can each reduce the need for potable water by 80 percent, which would be a major accomplishment for our society. They exist now and should be utilized in all future buildings as well as retrofitted.

In a city with many hills like San Francisco, where pumping uphill can be costly, the local solution can solve many current problems, including savings in replacement costs, increases in efficiency and greater flexibility with maintenance and operations. The technology has been around for a long time, but municipal politics has prevented any such conversions, often citing potential public health risks as the main reason for not abandoning existing centralized plants.

Yet the aging, leaking underground sewage pipes are causing growing numbers of system spills which have a significant impact on public health. We cannot see all the damage caused until it is too late, after our underground water sources are polluted. Many municipal systems are finally looking into recycling a small percentage of the water they currently process and dump.

Refurbishing our existing communities, buildings, homes and infrastructure is a massive undertaking. However, with newer technologies at lower costs, we can re-design our own facilities but also export the collective knowledge throughout the world. As usual, the Europeans are somewhat ahead of the game because of visionary/mandated governmental initiatives to improve efficiency, particularly with solar photovoltaic, wind, hydroelectric, waste-to-energy plants and biomass power generation. We have made great progress in recent years in re-inventing our building technologies and reviving our leadership in engineering.

Solar power is the best example of technology that is already modular, local and self-supporting, providing our energy needs at source, creating the opportunity for microgrids to replace long-distance power transmission systems and associated inefficiencies. Smaller is better. 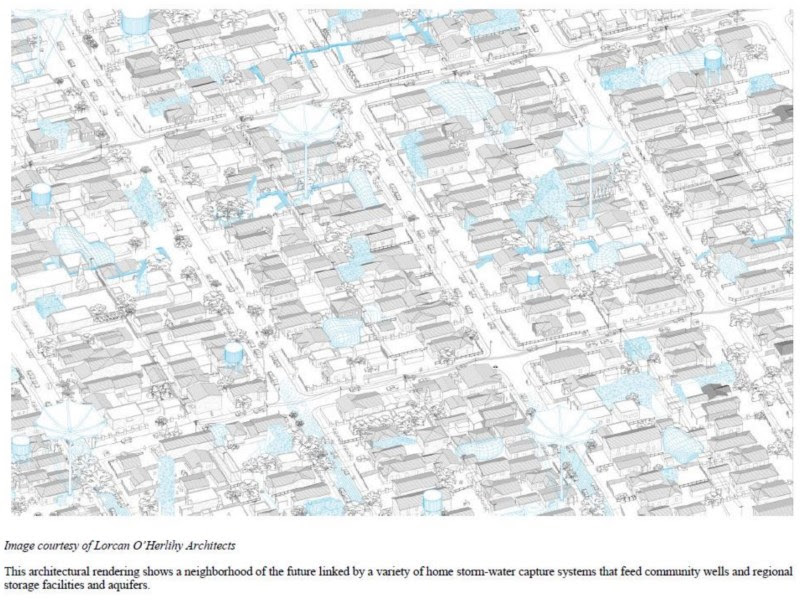 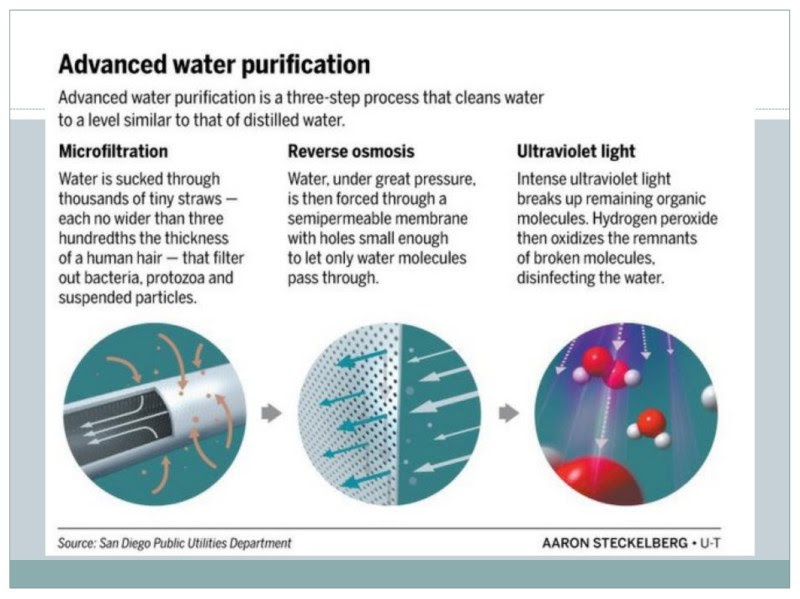 Go to Podcast >> In Deep

When water comes rushing out of the tap, seemingly clear and perfect, it’s easy to think we’ve got it figured out. It’s hard to imagine that the underground labyrinth that brings us drinking water, and takes away our dirty sewage, is old, crumbling and in real trouble. Quench your thirst for knowledge and drama as we dive into the strangely fascinating world of clean water.

Hosted by Jed Kim, In Deep is a new podcast from American Public Media’s The Water Main.